Die to Self: The first 4 weeks of my Discipleship Training School (DTS)

Editor’s Note: This blog was originally published on October 24, 2018. This blog was written by Joseph, a student in YWAM Wylie’s Fall 2018 Discipleship Training School.

“Wait, you’re not going to college?”

During my senior year of high school, I decided to pursue a gap year from school. My decision, understandably, shocked people. To be honest, I surprised myself as well.

For most of the school year, I told my peers I would be pursuing a degree in communications or journalism. The summer beforehand, I toured multiple college campuses, took my standardized tests, corresponded with admission counselors, and even began the application process.

However, God had other plans for me.

“If you’re not going to college, then what are you doing during your gap year?”

Logically, this question was next in line whenever I informed people of my decision.

I would then tell them I was doing a five-month Discipleship Training School (DTS) with Youth With A Mission (YWAM) in Wylie, Texas. This answer just confused most people even more.

“Wait, what are you doing?”

“A Bible school, and then a short-term mission trip…” became my new default response.

Choosing to do a DTS was a decision I did not take lightly. Ever since my first involvement with YWAM as a sixth-grader back in the Philippines, I knew I wanted to do a DTS at some point in my life. I just didn’t know when.

That first involvement with YWAM came in the form of their King’s Kids ministry. King’s Kids was a month-long camp, and was similar to a DTS since the first half of the camp was a lecture phase, and the second half was outreach. While I grew up in a Christian home and in the church, I would credit my first King’s Kids camp as the start of my personal relationship with Christ.

In short, God was calling me to it. He made it abundantly clear He wanted me in Wylie, and thus I obeyed. I wish I could have a more compelling story, but on my part, it was a simple act of obedience.

Fast forward to today, and I am four weeks into my lecture phase.

And wow. God has already taught me so much. Honestly, a big difficulty in writing this blog is narrowing down the things to talk about. But throughout my time here, God has brought up one idea the most: the idea of dying to self.

“When Christ calls a man, he bids him come and die.”

In YWAM, DTS means Discipleship Training School. Alternatively, two of the teachers so far have offered a different meaning to the acronym: Die to Self.

While I am by no means an expert on the idea of dying to self, God has definitely taught me a lot about it in the last few weeks. More accurately, He’s shown me what it’s like to live a life for Him and for others.

Currently, I live in community with upwards of 30 people. While living in community has its perks (it is a ton of fun, and you never really run out of friends…), it also comes with its fair share of challenges. In community-living, there is no such thing as an independent action. Every action you make, from making your bed in the morning to making sure you’re back in the dorm before curfew, is bound to affect others in one way, shape, or form. I quickly began to understand the weight of my actions and the consequences that come with them.

And just like any well-functioning household, we also have community responsibilities (in other words… chores). I have the distinct privilege of cleaning the guys’ dorm, which includes the bedroom and the glorious communal bathroom. While it started out pretty rough, I can honestly say I enjoy the responsibility and see it as a way I can serve others daily. In turn, I’d like to think I’ve gotten pretty good at cleaning toilets.

As one of our speakers remarked, “If we ever think we’re too good to clean toilets, then we’ve missed the mark.”

All to say, I feel like God has really given me a practical crash course on the very basics of dying to self through cleaning toilets and relying on Jesus’ strength (and coffee) to make it through the day.

Each week, teachers come from a variety of backgrounds to speak on different topics. Thus far, our topics have included things like The Nature and Character of God, Hearing God’s Voice, Spiritual Warfare, Missions, and regaining a Pure Heart.

I could write endlessly about what God has taught and shown me through each and every one of those teachings. Alas, this blog is already pretty lengthy so you’ll just have to take my word for it.

In the vein of dying to self, one testimony by a missionary in Northwest Africa really stood out to me. She remarked how we wrongly value security in Western culture, and how our society is scared of taking risks. She then highlighted how risks are rampant in daily life; from getting in a car to being in a public place, you simply can’t avoid risks. Thus, if there are risks everywhere, why not take some for the advancement of the Gospel?

Then she strongly remarked,

“There are simply other risks worse than death.

Wasting your life is worse than losing it.“

So here I am, four weeks into the lecture phase and patiently (…eagerly) waiting to find out where I go on outreach.

Regardless where God sends me, I’m excited to pursue His calling in my life because the cause will always be worth the risk. To be completely honest, I had my moments of doubt about whether or not God wanted me to be in Wylie… but man, He really did wash those away and answered every question I had with an exclamation of affirmation.

Editor’s Note: During his DTS, Joseph went on outreach to Central Asia.

Watch the video below to see some highlights of his time there!

Ready to take the next step?

Submit your info in this form and someone will be in touch with you soon! 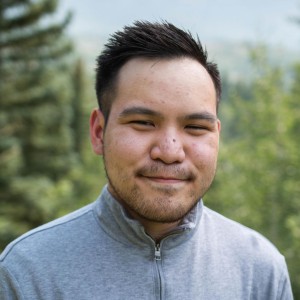 Joseph's passion is to see his generation come to know the truth of God's Word and to use media to spread the Gospel. When he's not working, you can find him watching Track and Field, drinking coffee, or eating Chipotle. Got any questions? Email him at joseph@ywamwylie.org!
All Posts »

Joseph's passion is to see his generation come to know the truth of God's Word and to use media to spread the Gospel. When he's not working, you can find him watching Track and Field, drinking coffee, or eating Chipotle. Got any questions? Email him at joseph@ywamwylie.org!
All Posts »
PrevPrevious5 Tips to Boost Your Devotions
Next5 Fun Things in Wylie, TexasNext

Do a DTS.
Apply To DTS